Ascension Symptoms | The Eyes – Windows to the Soul

On January 1st, 2021, I woke with conjunctivitis in the left eye.  It was very bloodshot and painful. Only one eye was affected.  The right eye was fine and after a trip to the urgent doctor, I was none the wiser as to why my eye had suddenly become inflamed.

After a few days I recovered, but then began months of blurred vision, sometimes lasting for days; headaches, dizziness, neck pain, pain at the occiput, and the most worrying symptom of all, floaters.  These mysterious black blobs magically appeared overnight and then swam up and down my field of vision like black spiders dancing on a web.

An investigation by both an eye specialist and optician came up with nothing, except I was told that detachment of the vitreous jelly at the back of the eye was an expected and normal part of ageing!  My eye health was otherwise fine.

But I wasn’t!  I could not get an accurate contact lens prescription and I still could not see properly.

I then began to receive letters from other people experiencing similar eye problems and went deep into my heart to try to understand through meditation what was happening to me and why.

The eye is a sacred, ancient symbol used for thousands of years in several of the world’s religions.  To the Sumerians, the eye represented "the lord of the sacred eye.

Buddha eyes are representative of Buddha’s ultimate knowledge and power. These eyes look in four directions to symbolize his wisdom and omniscience.

Most of you will know that we have another eye, a whirling vortices of energy called the third eye chakra, the sixth chakra, between our two physical eyes, and that this third eye chakra is related to our ability to create and manifest.

The year 2021 is a tipping point into letting go of an old cycle of self.  We are beginning to manifest a life that is more aligned to the divine design of our soul’s creation template for this lifetime.  This is what our soul wants us to achieve and create through our physical existence.

The sixth chakra is also the chakra of divine love.  This type of expanded, universal love is created and energetically instilled in The Transcripts of Mary Magdalene, one of the programs in my Ascension Library, especially in the third part, Joy is Love Expressed.  When you work with this set of recordings you move beyond the fundamental aspects of love, which is balanced love, and into being able to express more soul truth, a love that is beyond self.

As I moved through the months of physical and consciousness change, I realized that what was happening to me was that my eyes, the windows to my soul, were casting off the shackles of past life limitation and the faulty past life programming of what I had previously deemed possible for myself.  I was meant to experience this!

What we expect is what we receive in life.  This is why I was instructed by Spirit to set up the Ascension Library in the first place, as every program is designed to expand us beyond limitations, the benchmark of what we think is possible for us, and to raise the bar.  It is time to expand our horizons for ourselves and for the planet.

The self/soul-imposed restrictions to what was possible for me in life were being energetically removed, as per my soul’s driving design for this current incarnation.  I also noticed through the months of blurred vision, that I felt vaguely sad and could not seem to get going with what my mental mind thought it wanted to do and create.  I now understand that it wasn’t the right time to create something new and that I needed to sit in the void.

Throughout the process, I was affected more physically than emotionally.  Physical pain and discomfort can represent the first level of shedding the old to make way for the new, rather like a snake shedding its skin, or it can represent the very last vestiges of karmic emotional release.  I felt that the latter was happening to me and also to the people writing to me.

The left eye is symbolic of the moon, of Yin receptivity, of a need for stillness, rest, and peace; to learn to go within for answers, and to connect with the heart.  For in following the truth of the still small voice within lies our soul’s authentic guidance and the foundation for the next stage of renewed purpose and creation.

As my eyes continued to transform, I worked with the Transcripts of Mary Magdalene, the God/Goddess program, and Beauty of Soul from BEAUTIFUL.

As an energy healing practitioner, I did a session with a woman, who had suddenly developed severe eye issues along with the surfacing of emotions of fear. With my inner vision I "saw" that in a recent past life she had been forced to watch something horrific unfolding before her eyes, terrified that she would be next. While I was transmitting energy, this person saw a row of people in front of her being shot and falling into shallow graves. This is how karmic energy trauma leaves its mark on the soul. In the next life that trauma is translated into the physical body.

In the Prayer of Becoming, received from Spirit, there is a part that reads: "As my soul is expanded and my body vessel regenerated, I open myself to see through new eyes, as those impediments that have blocked clear sight are at last removed and set aside. And all of me; body, mind, and spirit, is uplifted, expanded, and set free."

I had been saying this prayer daily for months. I now felt that this was what was happening to me. You can locate the prayer to print from the home page at www.AscensionLibrary.org

Iridology is the study of the iris, one of the most intricate and captivating tissue structures within the human body.  Just like markings on a map, the iris can reveal one's current health state along with strengths and potential challenges of certain organ systems, and even personality traits.  The iris at the front of the eye reflects the physical body.

The retina at the back of the eye contains millions of light-sensitive cells (rods and cones) and other nerve cells that receive and organize visual information.  Your retina sends this information to your brain through the optic nerve, enabling you to see.  The vitreous is the gel-type fluid that fills the eye.  It is full of tiny fibres that attach to the retina.  All of the people who wrote to me about sudden onset eye issues had vitreous detachment, however, it felt to me more than this.

My hypothesis is that as we take more Ascension LIGHT into the body through the eyes, which are a major coding, or imprinting mechanism from the Divine, karmic trauma held at the back of the eyes relating to when the soul is released to clear.  It has to clear physically and emotionally.  I also note the similarity between the optic nerve and bulb of the eye and the pons and medulla oblongata of the brain stem.  Pain at the back of the skull is caused by Ascension LIGHT being received into the medulla oblongata along its pyramidal ridges.  The pyramidal figure has always been a metaphysical symbol of transformation.  So the back of the eye I deduced is the window to the soul and to our expansion into more of the soul’s over-lighting guidance.

The LIGHT that is being received is sparking an Ascension upgrade shift. This LIGHT is both visible light received through the front of the eye and Ultralight to do with Ascension activation, the recoding of who we are as human beings, received through the medullary pyramids and energy feeder lines of light into the body.  First, the LIGHT clears those karmic impediments of emotional energy trauma that have blocked clear sight and then supports us to receive the clarity of renewed beauty, inspiration, and creativity.

This is THE WAY of Ascension transformation.

Are you experiencing Ascension eye issues?

You should always get your eye symptoms checked by an optician or eye doctor.

But this year, it seems that many people are experiencing eye issues, which are part of karmic release.

Here's a list of symptoms and what they could mean:

"Sudden blurring of vision or astigmatism may relate to deep-level karmic clearing. Examine the emotions that are coming up for you in your life and work to clear these."

Additional Supportive recordings in the library:

All the Darkness we CANNOT see (True Colours- Part 1)

Remember you can use any of the library's recordings alone, you don't have to work with an entire program all the time. Look at the title of the track and if it feels right, try it for yourself. 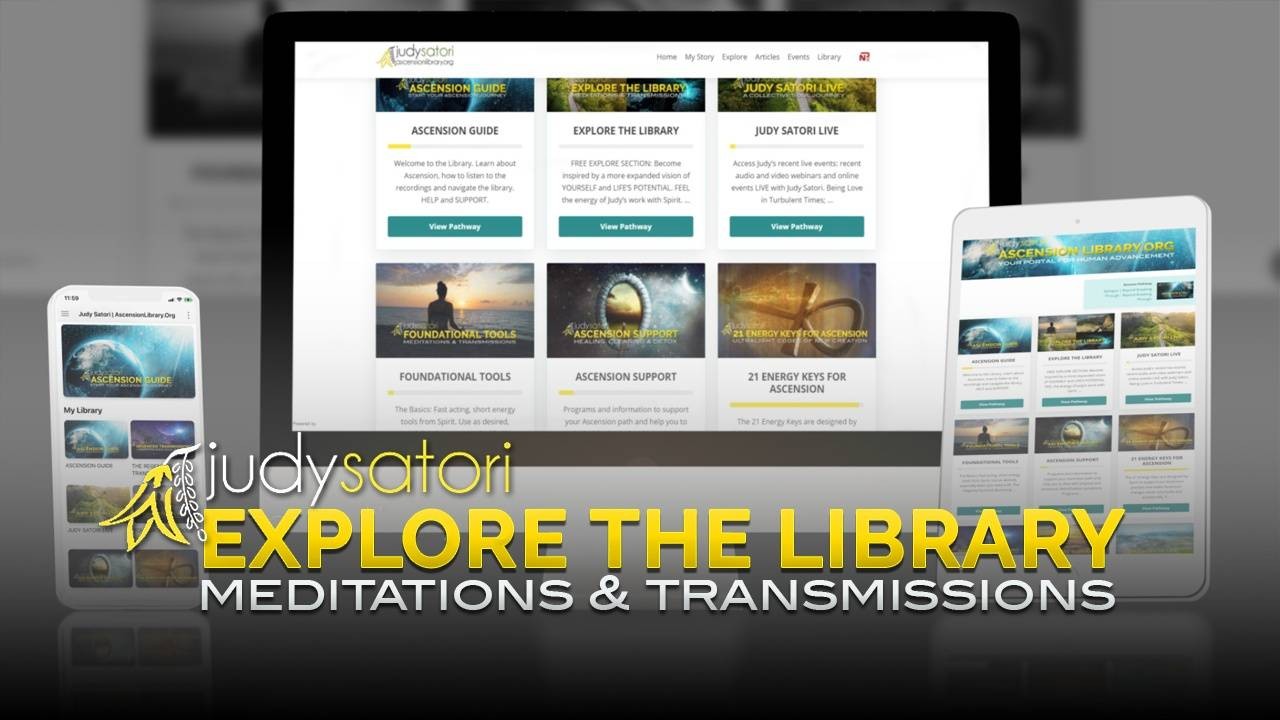 Discover the programs and curated pathways that are included in the Ascension Library. 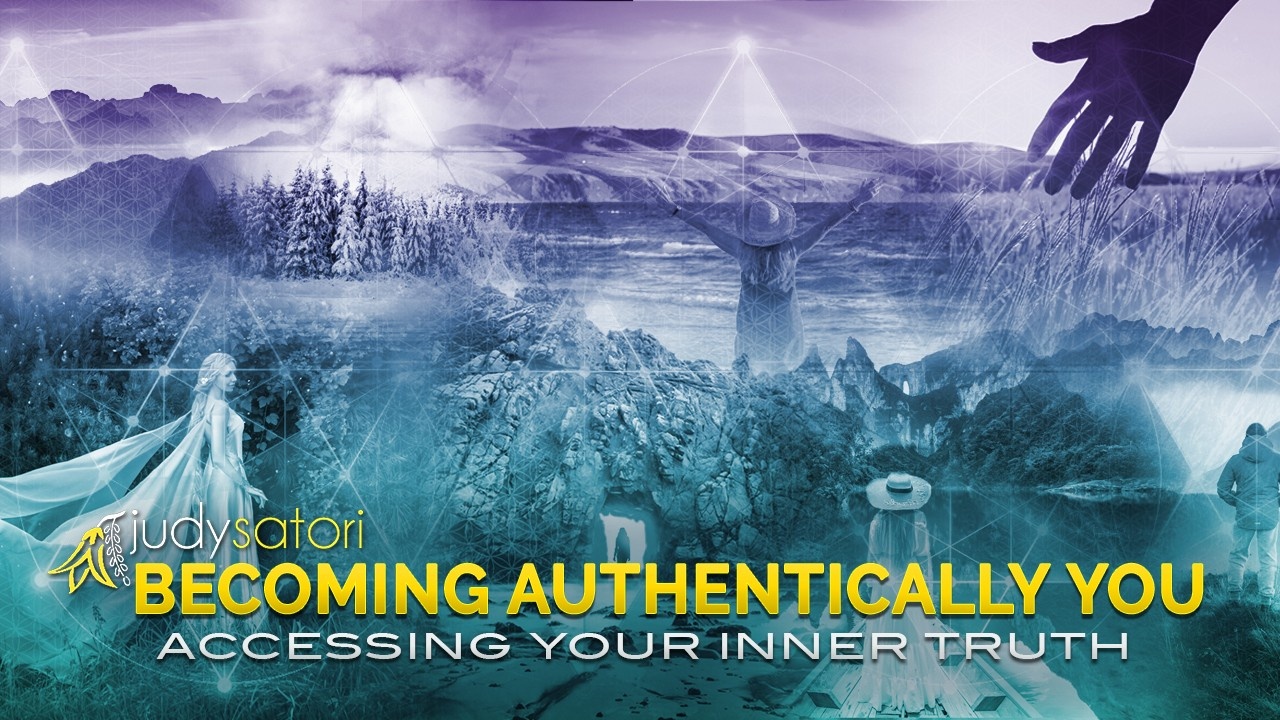 The Significance of the Becoming Authentically You Journey 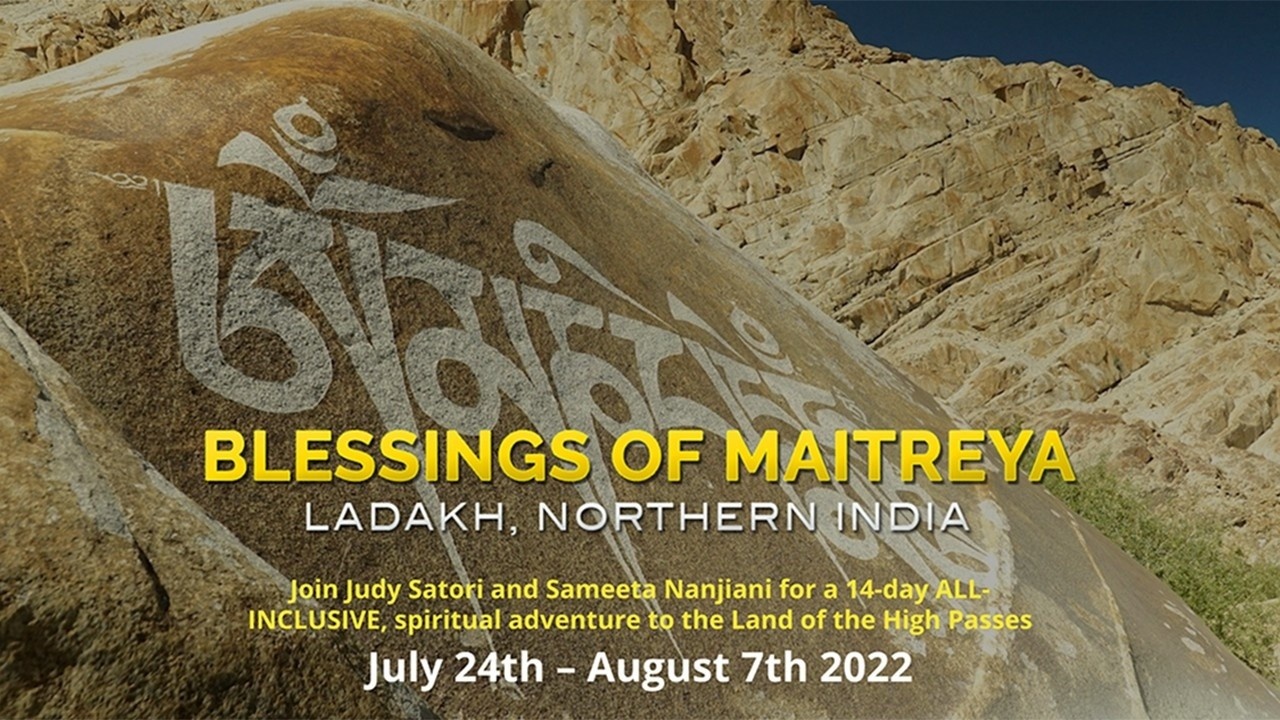 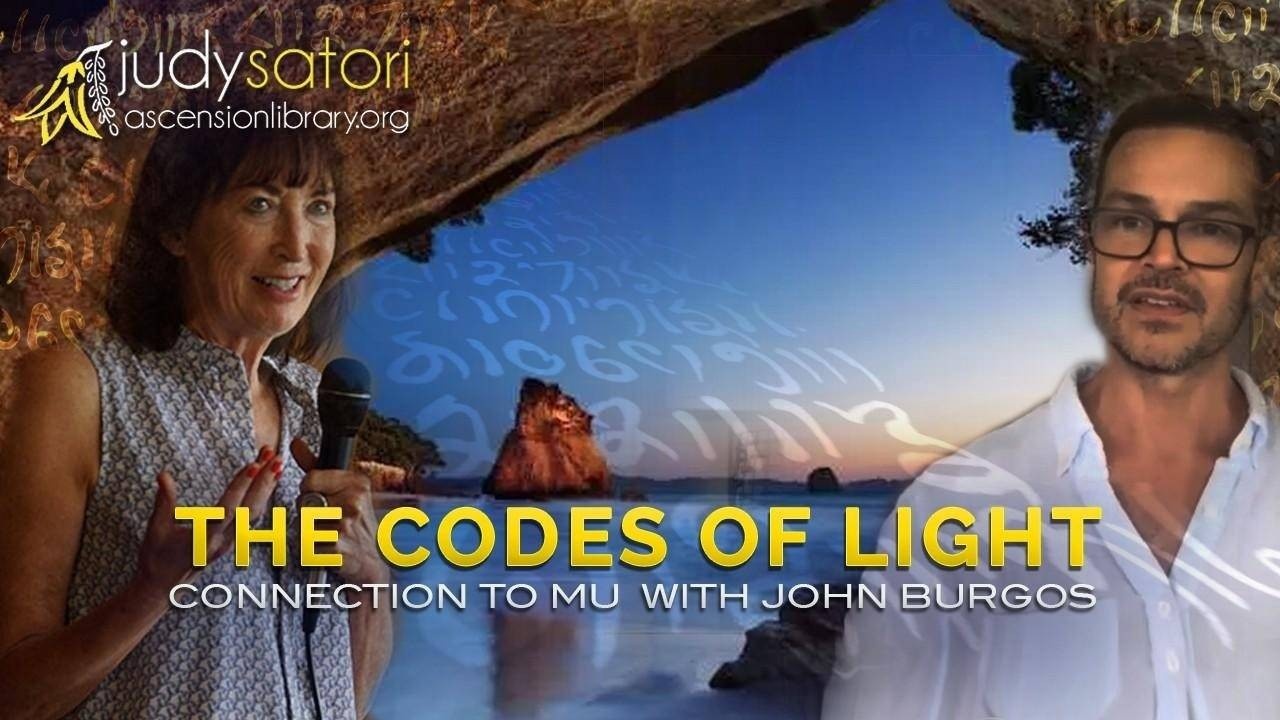 Connect to the Ancient Energies of Mu

Explore the Library FREE for the first 5-days. 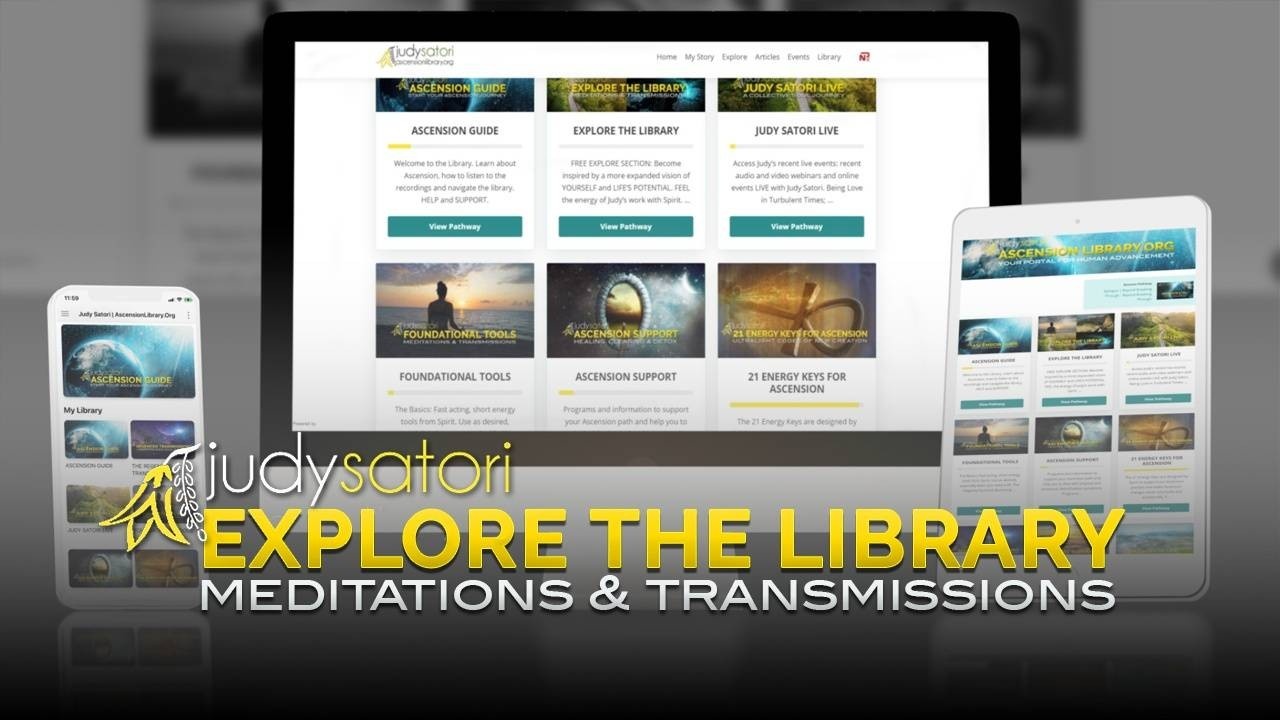 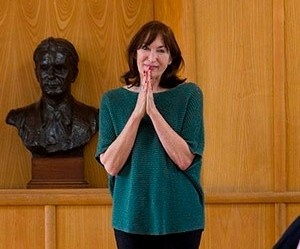